The role of IoT in Media

There are a multitude of devices and objects that connect to each other and gather information and data of users around the globe. Internet of Things (IoT) refers to the connection of devices (any type of device) to the internet through the use of embedded software and sensors to deliver, communicate and exchange data with each other. IoT has opened up the world to a virtually endless array of opportunities to connect at work and at home. With the combination between people, sensors and devices, IoT enables the free flow of conversation between man and machine.  The “Internet of Things” is still in its early stages of development, however it will shortly become mainstream – the number of connected devices is expected to exceed 40 billion by 2024. This rapid growth will enable a host of new business use cases and open up major new opportunities for media companies. Most developments in IoT have focused on industrial opportunities, yet IoT for media consumers can open up new and personal entertainment experiences.

When we talk about applications of IoT in media and advertising, it involves a  customized experience in which the system is made to analyze and respond to the requirements and interests of every customer. This would include their general buying habits, preferences, general behavior patterns, culture and other considerations or characteristics.

The IoT gadget that is used in media have a custom designed engagement  through which the device analyzes and responds to the desires of the user or say, individual. The level of sophistication in this technology is something noteworthy; it enables the reading, gauging and understanding of consumers at unprecedented levels.  Sensors work by measuring physical inputs and transform them into raw data which is then digitally saved for access and analysis. Coming to applications for sensors, it is mostly related to all things smart such as, cities and environment, metering, retail, e-health and home automation.

In media and entertainment companies, the IoT experiences are mostly interconnected. There are developments on a few factors that we look forward to.

Be it at home or in the car, sensors can gather specific information about the individual so that media is able to reach the right person at the right time. Dashboard interfaces for accessing email and social networks are good examples.

With the help of technology, sensors in devices will be able to create different and complex verification to make operation easy for users on a device.

The interesting collection of data is one of the most anticipated benefits of IoT. Presently, most of the measurements of all kinds are done via samples. For example, there is data that can tell the media about which TV shows are being watched in which homes. However, there might not be a measurement to tell us “why” those shows are watched; that is where the data from IoT will come in handy.

Media is both an enabler and a receiver of IoT, it has a high potential of being an early reaper of the benefits. IoT is meant to cut down on time that is spent on mundane activities and get people directly to what they like; the media has to define this time for the users.

One thought on “The role of IoT in Media” 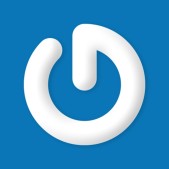 Salesforce Platform Developer I – Getting Certified

Why consider Salesforce Development Services for your Business

An Introduction to Building a Career in Salesforce in India