Have we learned anything since Cambridge Analytica?

In 2018, when Christopher Wiley blew the whistle, the world acknowledged for the first time, how their data could be used to manipulate their minds. Facebook profiles of 370,000 people were used to create a psychological strategy pertaining to more than 87 million profiles, 300 times the initial number, without their consent. The goal was to influence their votes with fake news and directional campaigns, and influence the US Presidential Election. The Cambridge Analytica (CA) and Facebook scandal might be the epitome of corruption in data usage.

The end result was massive negative marketing against Facebook. #DeleteFacebook campaign trended all across the world. More than 26% American users deleted Facebook from their phones. But it was never just about the company and their work. Neither was it about one of the biggest companies in the world, overseeing a massive embezzlement below its nose. It was about businesses, including Facebook, taking more data from people than needed and giving away more than they should–often asking permissions in a hidden print–if at all.

It has been more than a year since the issue became a front page news in every newspaper. Yet, a year on, have we learned anything from what sparked the greatest privacy awakening?

The biggest apparent outcome is that people seek control over their information. There is a feeling that companies can no longer be set free to regulate themselves and many states in the USA have started acting over it. Vermont implemented a law that had compelled data brokers to register with the state. In the coming January, California is implementing a law which will give residents the power to opt out of having their data sold. The Congress is deliberating over a federal data protection law. And it is not limited to just the United States. In February 2019, the UK parliament published a report based on testimonies from CA directors, Facebook executives and dozens of witnesses. It concluded that the Silicon Valley’s tech platforms were out of control, specifically pointing out to Facebook.

Alongside the government bodies and agencies taking actions, users also became much aware online. According to a survey published by the Atlantic, around 80% of the people are concerned about their privacy over the internet, and around 83% say that they self-censor on social media. Herein, self-censorship has been defined as “stopping yourself from posting something you might otherwise want to share, because of concerns about privacy“. Around 10% of people reported deleting or deactivating their Facebook accounts.

Here are 5 key takeaways for users to keep their data safe online:

As people spend a lot of time on the internet it is their responsibility to be safe. Yes, social media is a great source to disseminate information, but user discretion is advised. 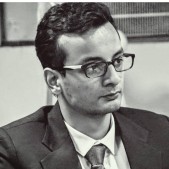 To live. To write. To dive.